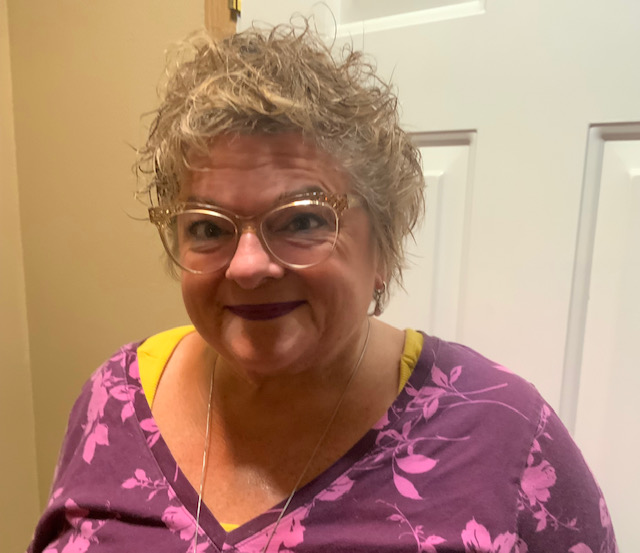 Pronouns: She/ Her / Hers

Kim grew up in Portland, Oregon. She was accepted in the pilot program for Speech-Language Pathology Assistants in the state of Oregon while working for Multnomah Education Service District on the Supported Ed team in the Gresham-Barlow School District. She transferred to the Multnomah Early Childhood Program and worked as a Communication Assistant supporting the program’s SLPs and received her SLPA license in the State of Oregon. She worked as an SLPA in the Multnomah Early Childhood Program for 16 years until she retired and moved to the state of Washington where she is currently licensed.

Kim has worked under the supervision of a team of SLPs providing services to children with a variety of communication differences and disorders in multiple environments. Although working hands-on with children is her passion and expertise, she also teamed with a fellow SLPA to develop trainings on creating visuals and using them for educators and families to have as tools for increasing communication and understanding for children with communication needs. Additionally, Kim was a part of the small team creating a large database library of visuals for an early childhood team, community partners, and families to use as tools for communication and other positive successes for children.

Kim has always been interested in and willing to learn about new techniques and best practices helping children to be successful communicators. Her passion for working with children has resulted in positive outcomes of confidence, empowerment of independence and safety, both physically and mentally for all children contributing to the enrichment of their educational path in life and beyond.

Kim enjoys living in the Seattle area and exploring the parks with her dog when she is not blessed with spending time with her niece and her niece’s four young children. She is always up for a fun game and cheering them on at their sports activities and performances.